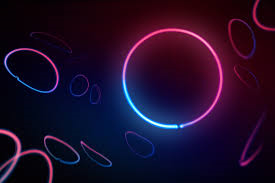 Circular RNAs (circRNAs) are class of long, non-coding RNAs, which are very tissue specific. Initially these circRNAs were thought to have no biological function. In the recent research there are more and more evidence that these types of RNA are present in mammalian cells and regulate gene expression by binding to microRNAs and other molecules to inhibit their function.

A study shows that circRNAs synthesis is mediated by epithelial mesenchymal transition (EMT). EMT is known to be involved in cell invasion and metastasis. circRNAs have also showed to interact with cerebellar degeneration-related protein 1, which is expressed in the brain and may be connected with Parkinson’s, Alzheimer and brain development.

For example, circ_0067934, which is circRNA, is shown to be overexpressed in oesophageal cancer cells than in normal cells. It is also discovered that this circRNA is involved in tumor development – tumor progression is associated with higher expression of  circ_0067934. Similar case is observed with circ_002059, another circRNA, which is in lower concentrations in gastric cancer in comparison to normal tissue.

All these findings show a promise that circRNA could be used as biomarker and potential therapeutic target. However more research is required to clarify the exact functions of the circRNAs.

CircRNA: a novel type of biomarker for cancer